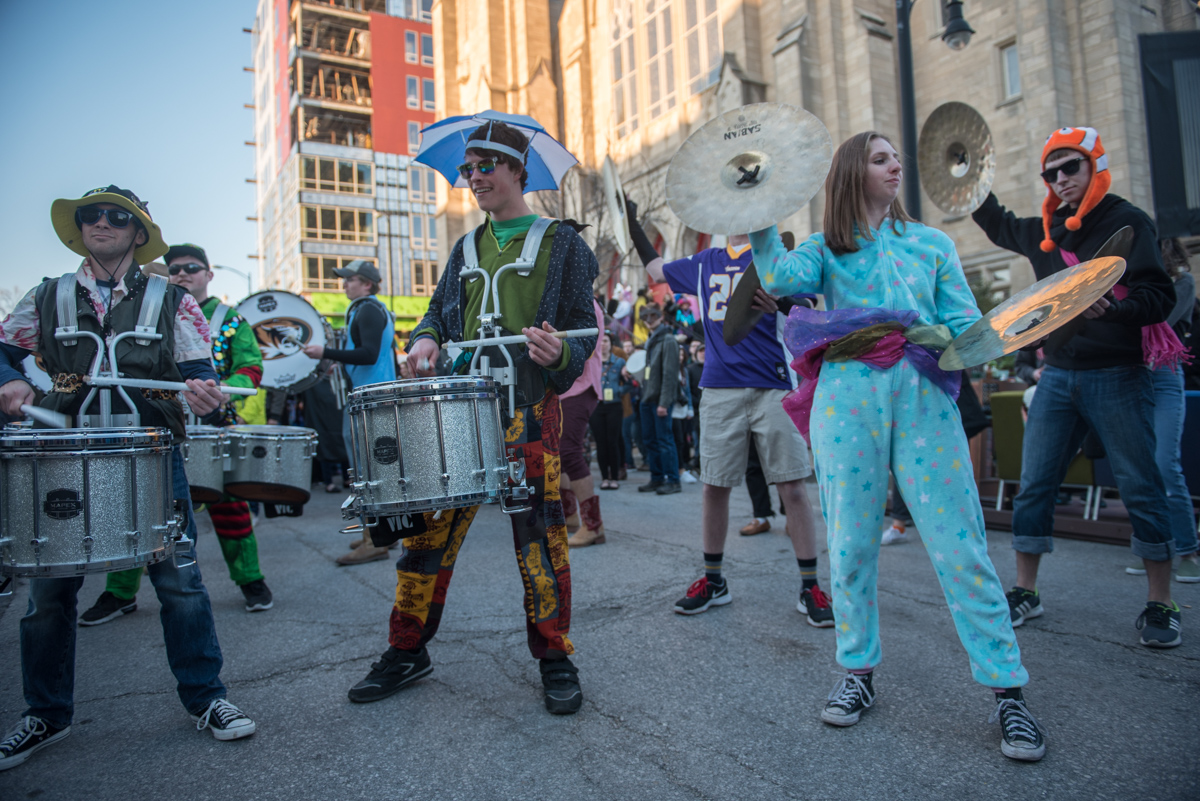 The True/False Film Fest brings together approximately 40,000 attendees every March for a weekend of music, art and the best in documentary film. The University of Missouri is in the center of the festivities. Mizzou hosts film screenings in locations such as Jesse Auditorium, the Missouri Theatre and the Rhynsburger Theatre. Students, faculty and staff take part in parades, parties, panels, volunteer opportunities and the Gimme Truth documentary film game show. And in the days preceding the festival, the School of Journalism hosts Based on a True Story, a a conference celebrating documentary filmmaking. Documentary filmmakers Bill and Turner Ross created an installation replicating their home studio space when they were filming “Western” in Texas. The installation, on display in the School of Journalism's Walter Williams Hall, was a central point of focus for the Based on a True Story conference March 2. Kellan Marvin, a senior in the Jonathan B. Murray Center for Documentary Journalism, observes the “Western” studio space installation. The March March, one of the highlights of True/False Film Fest, attracts several thousand attendees. Columbia locals, visiting filmmakers and students dress in whimsical costumes and parade through downtown Columbia to kick off the weekend’s events. A father-and-son mad scientist duo lead the parade toward Broadway. An attendee of the March March looks out to the crowd. Marching Mizzou has become a staple musical act at the March March. Members of Marching Mizzou perform outside the Missouri Theatre. Junior documentary journalism students Suzy Lubell, Jessie King, Bella Graves and Rachel Tiedemann present their short film to celebrity judges Steve James, Amanda Lipitz and Khalik Allah at the Gimme Truth competition. The goal of the competition is to make a two-minute video about something true or false with the goal of fooling the judges. Amanda Lipitz, director of Step, shows her disbelief of a film by holding up the False sign at Gimme Truth. MU student Lily FitzGibbon's film, Noah and Sophia, is about two musicians who have created tunes from kitchen appliances. The True/False Film Fest core team, which spends a year planning the festival, is honored before the I Am Not Your Negro final screening at the Missouri Theatre.