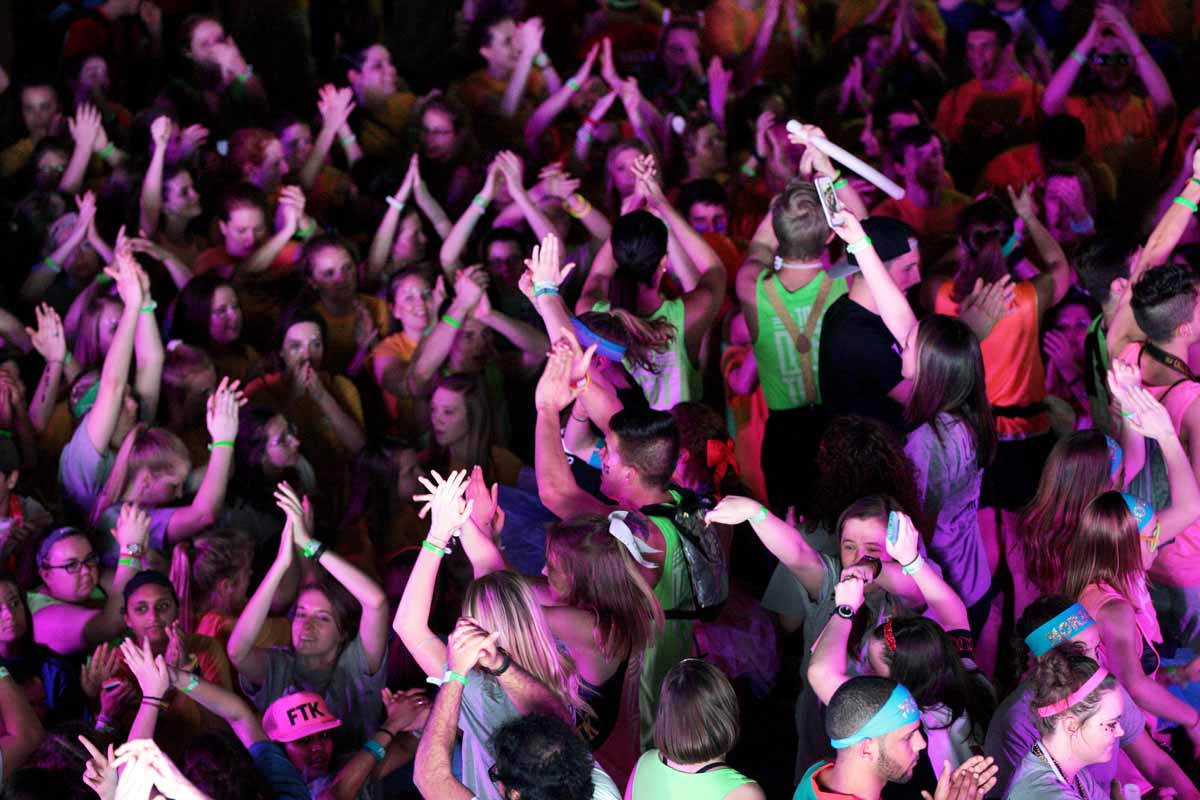 2016 was a good year to be a Tiger. The Mizzou family earned sports championships and major academic honors. We celebrated traditions and milestones. We welcomed new leaders and smart students. We reaffirmed our values and gave back to people in need. We made strides toward making our campus even more beautiful and more welcoming — a place we're always proud to call home. Take a look at just a few 2016 Mizzou accomplishments. J'den Cox, a senior psychology major, won a bronze medal in wrestling at the 2016 Olympic games in Rio. Photo by Shane Epping

Mizzou athletes triumphed on the mat, the court and the field. Senior wrestler J’den Cox followed his second NCAA championship win in April with an Olympic bronze medal in August. In November, the Mizzou women’s volleyball team captured the Tigers' second Southeastern Conference championship and junior Karissa Schweizer won the NCAA Cross Country Championship — the first Tiger to earn the honor since 1955 and only Mizzou woman to win in NCAA history.

We were jolly good fellows. While majoring in biology and philosophy, undergraduate researcher Kevin Bird earned both a Fulbright award and a National Science Foundation research fellowship. Photo by Maggie Teson.

We made magic on stage and on screen. We had our biggest summer yet. More Tigers than ever before stuck around for this year’s summer session. Nearly 13,700 students took courses in summer 2016, raising undergraduate enrollment 4.7 percent and online enrollment 11.8 percent from the previous summer. In fall 2016 we greeted the sixth-largest student body in the university’s 177-year history — 33,266 Tigers — and marked our third-highest retention rate, with 85.7 percent of last year’s freshmen coming back for more Mizzou.

We caught ’em all. During the summer, the raging popularity of the Pokémon Go augmented-reality game brought Pokénthusiasts to campus in droves, and we helped them out with a map of Pokéstops. By winter we were luring guests of all sorts through a new visitors site, with stunning 360-degree campus views, real tour guides and even a virtual-reality feature. It’s almost like being here.

We set a fundraising record. Donors Bill and Nancy Thompson view a rendering of the Thompson Regenerative Orthopaedics Laboratory while on a tour of new construction in MU’s Missouri Orthopaedic Institute, with Jimi Cook (left), director of orthopaedic research. Photo by Rob Hill

Nearly 44,000 alumni and friends set a record in fiscal year 2016 by donating more than $170 million to Mizzou. This unprecedented generosity surpassed the previous record of $164.5 million set in 2014 and was $5 million more than MU’s fundraising goal for the year. Gifts large and small supported students, faculty, programs and buildings across campus, adding momentum to the $1.3 billion Mizzou: Our Time to Lead campaign.

We made our campus more inclusive. Mizzou mascot Truman the Tiger turned 30 in September. As our favorite Tiger embraced a more grownup lifestyle, the Mizzou family celebrated with a party in the Student Center, a mascot alumni reunion and lots of hugs. Mizzou biochemistry professor emeritus Boyd O'Dell marked a bigger milestone, turning 100 years old in October. He continues to research the effects of zinc deficiency on cell function.

We built and rebuilt. In December the MU College of Engineering celebrated completion of renovation on the 1935 and 1944 sections of Lafferre Hall, part of a building overhaul launched in spring 2015. Other major construction projects underway this year include a four-story addition to the Missouri Orthopaedic Institute; a six-story MU School of Medicine Patient-Centered Care Learning Center; a two-level Veterinary Medicine ambulatory teaching facility; and Stewart Hall renovations.

We earned accolades for scholarly work. Roger de la Torre, associate professor of surgery and director of the MU Biodesign and Innovation Program, has been named a fellow of the National Academy of Inventors. Tigers take to the dance floor during the March MizzouThon 13.1-hour dance marathon. Students raised for $276,000 for pediatric patients and their families. Photo by Tanzi Propst