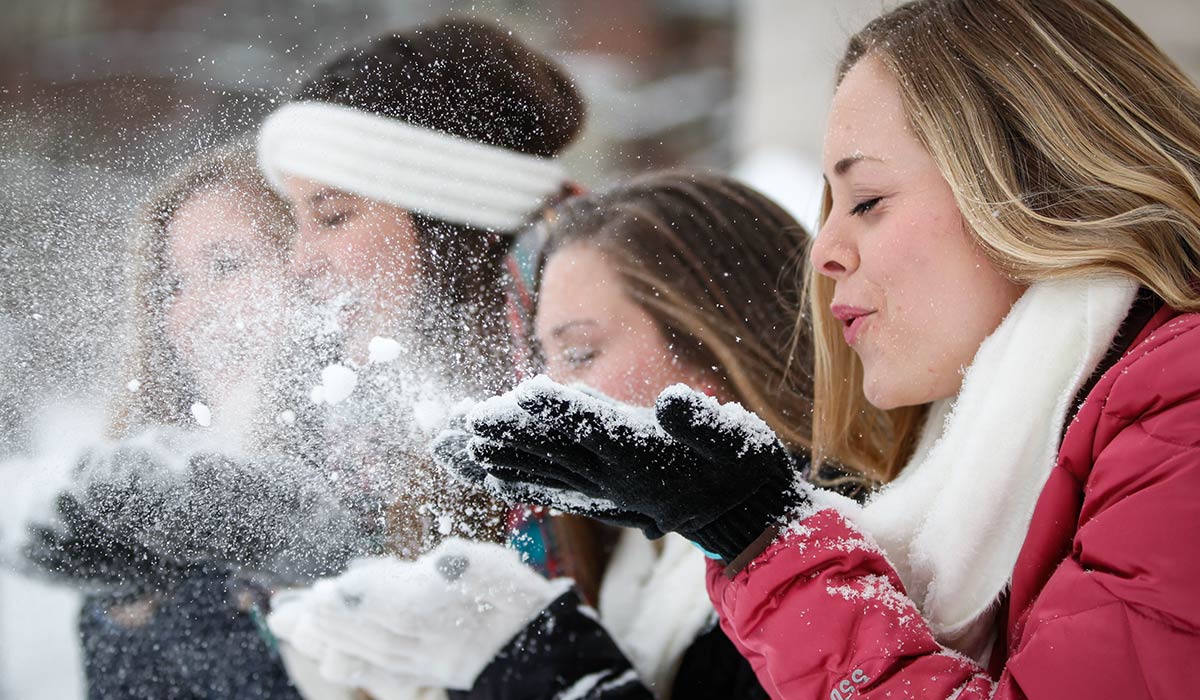 A snowfall that began Sunday night and continued through Monday morning closed Mizzou's campus on Presidents Day. Classes were canceled and most offices were closed, but Campus Dining Services, Mizzou Rec, the Student Center and Ellis Library remained open for students on campus. Tigers gathered on the Quad to play in the fresh powder and hold a high-noon snowball fight.

The university resumes regular operations Tuesday, Feb. 17, with a chilly forecast likely to ensure the longevity of campus snowmen. Ally Nuttall blows a handful of snow into the air with her friends. Nuttall, a sophomore, spent the morning playing in the snow before the snowball fight commenced. Photo by Hanna Yowell. Madison Stanze takes a selfie with her boyfriend, Austin Schlager, for Snapchat. Stanze had buried Schlager in the snow. Photo by Tanzi Propst. Team members measure up the opposing players, feeling confident with their ample stock of snowballs. Photo by Hanna Yowell. Students on the Quad take sides and begin a snowball fight. The event happened in spurts, varying by how fast each team could recreate snowballs. Photo by Tanzi Propst. Suriya Johora delivers a snowball with fire in her arm and a smile on her face. Photo by Hanna Yowell. Olaf the snowman poses for a portrait. "I just hope the sun doesn't come out anytime soon," Olaf said. Photo by Tanzi Propst. Jack Harvel rests at the base of a column to recuperate from the snowball fight. Photo by Hanna Yowell.