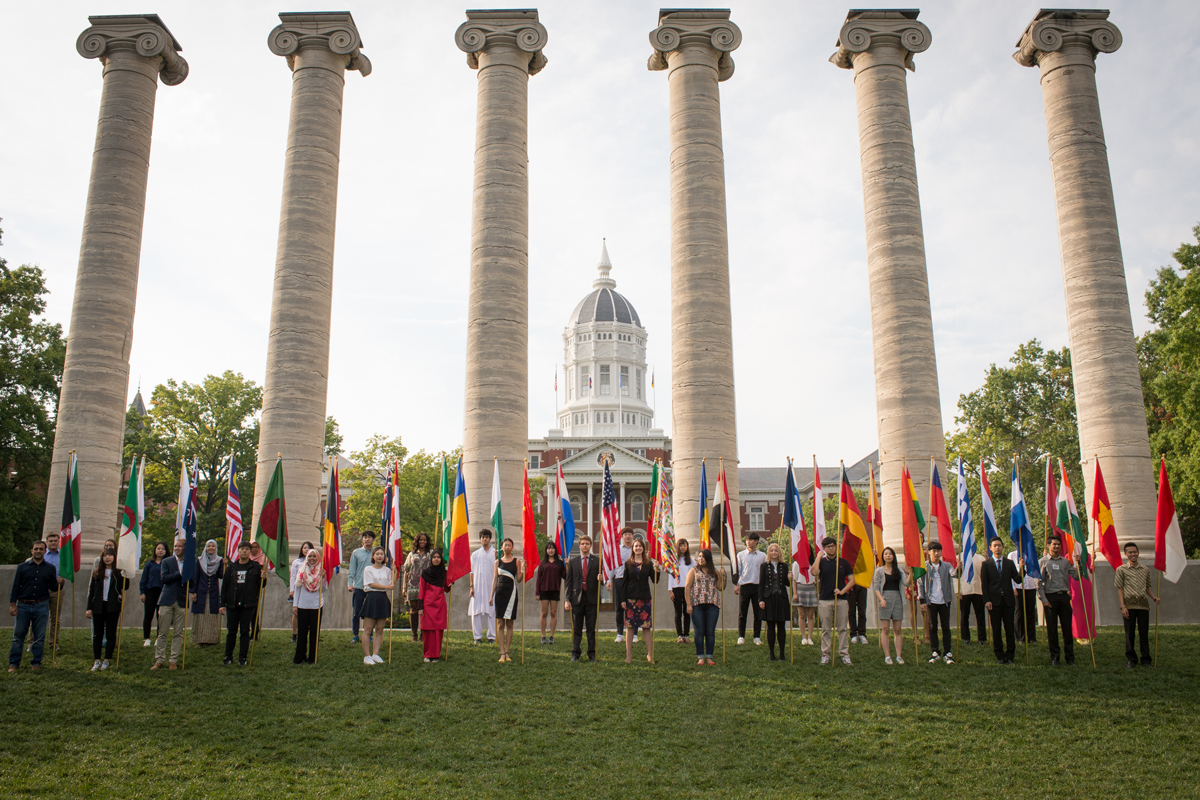 Sazanka Idris, president of the University of Missouri International Student Council addresses the crowd gathered on Lowry Mall, where the International Bazaar followed the flag parade.

“The goal of the parade, the ceremony and International Flag Day in general, is to serve as a reminder of the immense amount of diversity present on campus,” said Sazanka Idris, president of the Missouri International Student Council. “I strongly encourage each and every one of us to come together like the beautiful variations of the colors of the flags, to create and embrace a community that practices both unity and diversity together.” International students line up in front of Lowry Mall with flags from more than 100 countries. Each represents a country from which a current Mizzou student hails.

“While each of you finds special meaning and pride in your national identities and symbols, you’re also an essential part of the Mizzou nation — the black and the gold,” Currey said to the crowd. “Your stories are unique. You have a special place in our community to contribute and improve MU as an institution and to leave a legacy that reflects the best of our values.” International students make up about 7 percent of the total enrollment on the MU campus. According to Currey, the university is working hard to increase that number to 10 percent in the next few years. He says a larger international student body means a bigger stake and voice in campus life and inevitably increased opportunities to develop meaningful relationships beyond the classroom.

“A robust and growing international student community will mean continued economic prosperity for MU and Columbia, as well as the state of Missouri,” Currey said. “Annually, international students at MU contribute $509 million to Missouri’s economy and a cumulative $26.8 billion to the US economy.” A student carries a Nigerian flag in the parade.

Following the ceremony, the flags were on display during the International Bazaar on Lowry Mall. The bazaar provided an opportunity for the Mizzou community to experience just a small part of the unique cultural aspects international students bring to MU through cultural displays, food and beverages.

“I highly encourage Mizzou students to say ‘hi’ to their fellow international students and experience the exchange of culture that follows,” Idris said.