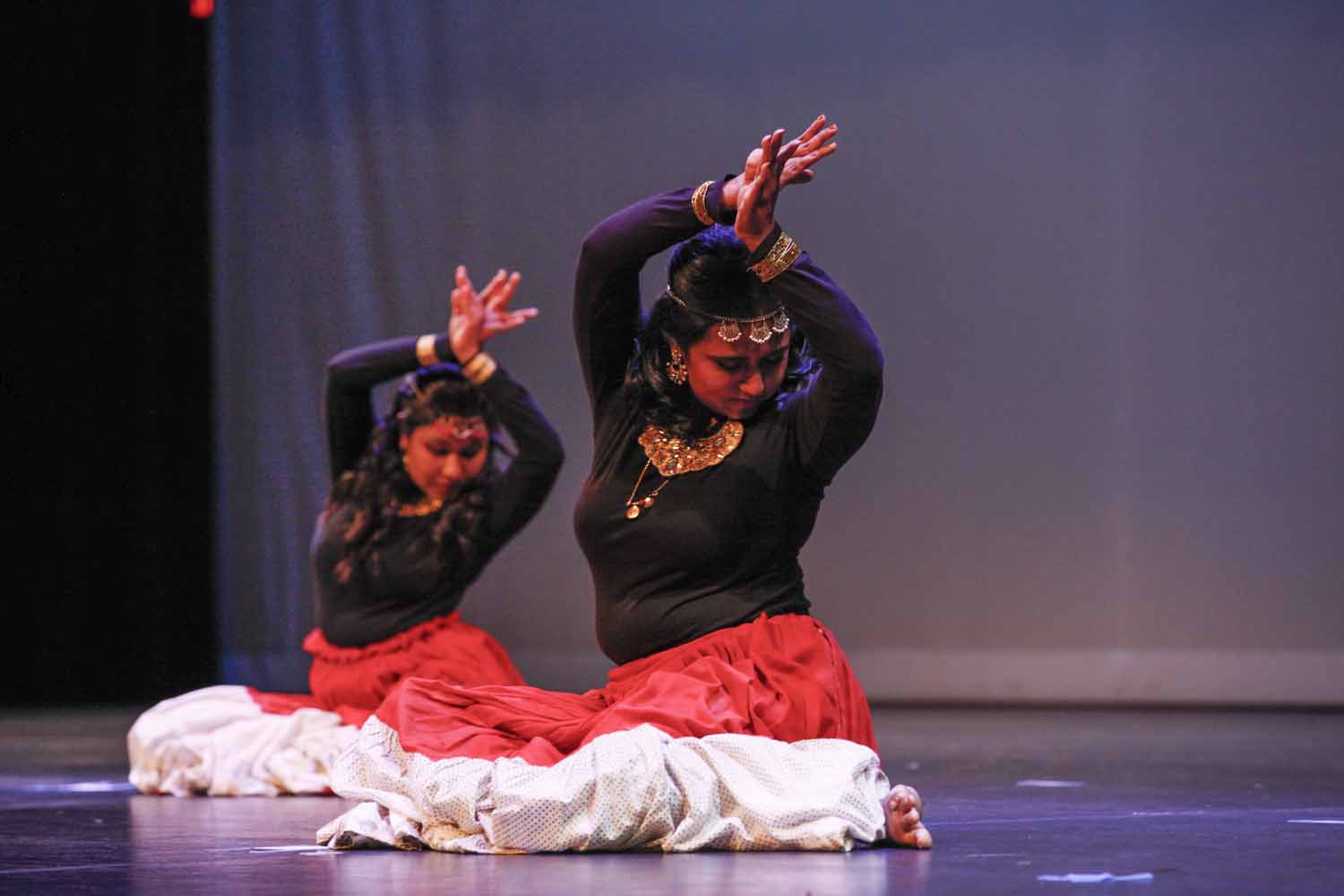 The Cultural Association of India, one of the oldest student organizations at Mizzou, held its 24th India Nite extravaganza Saturday in Jesse Auditorium. The annual event, a celebration of Indian culture and a riot of colors fostering togetherness, includes classical Indian and Bollywood music and dance performances. Anwitha Puttur performs "Spring Blossoms" during India Nite in Jesse Auditorium. Choreographed by Smrita Dorairajan, a physician and MU assistant professor of nephrology, the dance is set to the song “Pookale,“ a hit composition by AR Rahman from the movie “I.” Paige Kiehl puts on lipstick in the mirror as she gets ready to perform with her group, Mizzou Masti. Kelsey Burns practices arm movements to her group's upcoming performance in the mirror of a dressing room in Jesse Auditorium as the rest of the ensemble dances around the room. Mizzou Masti waits backstage at Jesse Auditorium as they watch the group before them dance "Raas Garba." Members of Mizzou Masti dance to "Chaiyya Chaiyya" during the second act of India Nite. Paige Kiehl helps fellow Mizzou Masti member Sumidha Katti pin her hair back in the dressing room before their performance. Members of Dashin Desis dance together during the final act of India Nite. JC Desi Ladies perform a dance during the first act. Members of Mizzou Masti converse with each other in the dressing room prior to their performance.