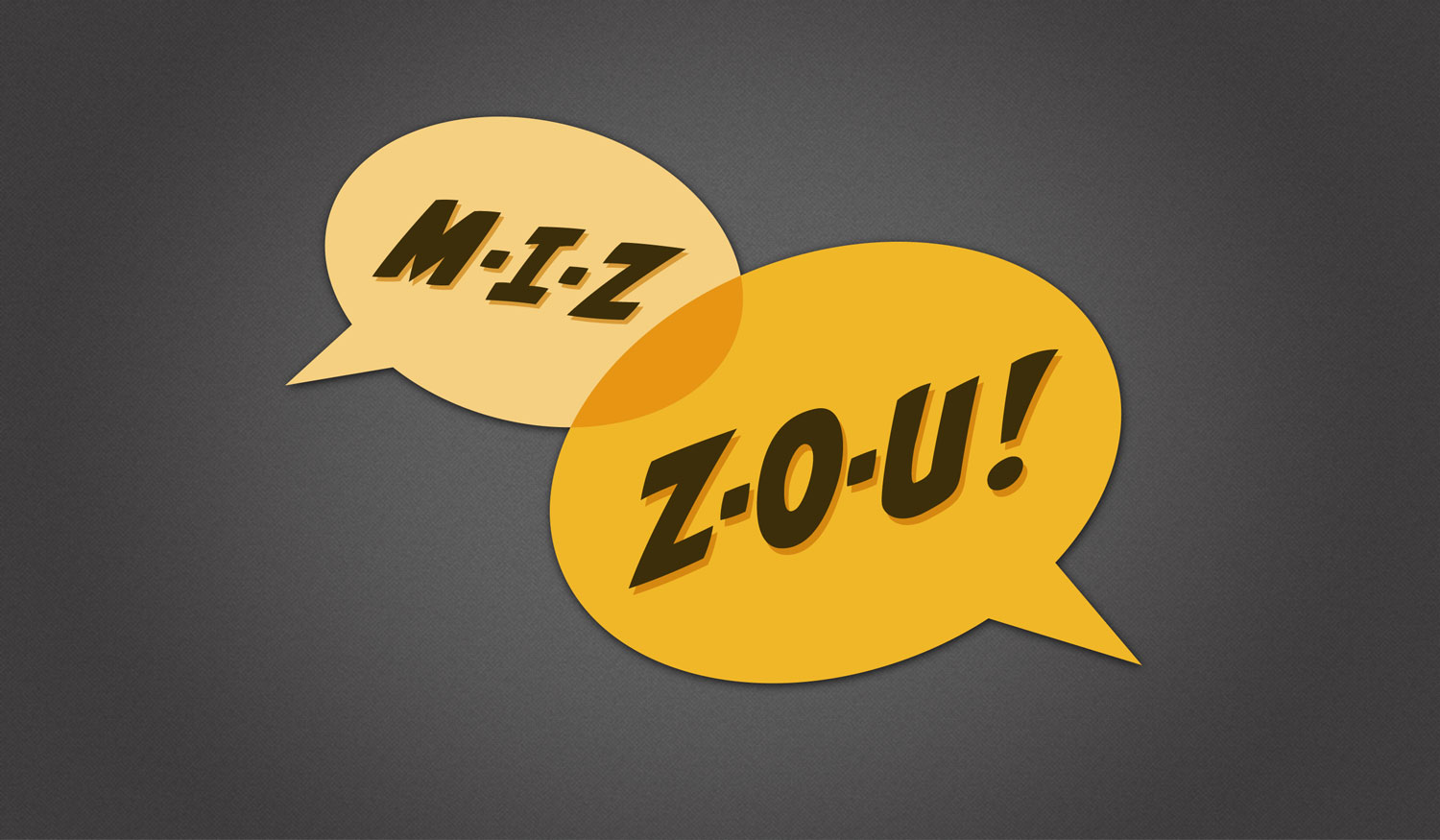 Every football season, Memorial Stadium quakes as Tiger fans cheer “M-I-Z!” and elicit an equally thunderous “Z-O-U!” from the other side of Faurot Field. The classic chant, which reportedly began in the late 1970s, has become a go-to greeting for many Tigers when they spot fellow fans.

With 270,723 living alumni worldwide, including more than 2,000 international students who represent 120 countries, 1,300 students who study or volunteer abroad each year and roughly 3,300 alumni who live overseas, it’s likely you’ll run into another member of the Mizzou family, even in the farthest corners of the world.

Where have you been M-I-Z’d?

“Jogging across the Francis Scott Key Bridge from Georgetown into Virginia. Somebody yelled out their car window. I wasn’t sure I’d heard right because I had my headphones on, but I saw a Mizzou car decal on the back windshield.”
— Stephanie Fleming, BJ ’11 A photo of Brad Pitt, taken by Alfredo Flores (BJ '01), at the Washington, D.C., premiere of Angelina Jolie's film "In the Land of Blood and Honey."

“In 2012 I got the opportunity to take photos of Brad Pitt at the Washington, D.C., premiere of Angelina Jolie's In The Land of Blood And Honey at the United States Holocaust Memorial Museum. As with most red carpet events, it’s a madhouse when it comes to the dozens of photographers fighting to get the attention of celebrities. You have to shout and yell things to get their attention and hope you get them to look directly at your camera lens. Luckily I knew one chant that would at least get Brad’s attention. I yelled out ‘M-I-Z!’ and Brad smiled coyly and whispered back ‘Z-O-U.’ Made for great images. Same thing occurred with Sheryl Crow at a charity event.”
— Alfredo Flores BJ ’01

“Probably the strangest place and the most surprising was boarding a boat with one of our alumni in Boston Harbor while wearing a Mizzou jacket, and a couple yelled through the crowd at the pier, ‘M-I-Z!’”
— Shawn Poore, Senior Director of Development, College of Engineering “Walking into Almaty International School in Kazakhstan, a sophomore student in a Mizzou T-shirt shouted out ‘M-I-Z!’ His dad was a very proud alumnus. I was stopped at a café in Rome by an MU graduate who saw the Mizzou luggage tag on the backpack I carry materials for school visits in, with a big smile and a ‘Hey, I’m a Communication grad — class of ’93!’ Actually, this happens quite a bit. I’ve been stopped in Frankfurt, Auckland, Kuala Lumpur, Buenos Aires, Brasilia, Chiang Mai, Doha, London and a ton of other places. The Mizzou crew is a global bunch!”
— John Wilkerson, Director of International Admissions “In a Las Vegas hospital, while waiting for the birth of our son, whom we were adopting. I was wearing my Mizzou shirt, and a hospital worker walked by shouting “M-I-Z!”
— Allison Bartkoski, whose husband, Scott, graduated from the MU School of Medicine in 2013 Kevin Vallerie (far right), BS '12, was in a gyro shop with some friends in Catania, Italy, wearing a Mizzou fleece jacket when he heard a familiar "M-I-Z!"

“When I studied abroad in Siracusa, Sicily, I took a brief trip up to the city of Catania (a bit north). I had my Mizzou fleece on and was in a gyro shop with some classmates when I heard ‘M-I-Z!’ from behind me. Turns out this guy had a sister going to Mizzou, and he was stationed at nearby NAS Signoella as part of the Navy. It was one of the strangest places — a Sicilian town where I didn’t know a soul, but the Mizzou family still reaches that far.”
— Kevin Valliere, BS ’12 Frankie Minor, director of residential life, was in Madrid, Spain, with his wife and stepson, Kahlil Roth-Folly (right), when a fellow Tiger recognized Roth-Folly's Cardinals gear on the Plaza del Sol.

“In the Plaza del Sol in Madrid, Spain. I was there with my wife and stepson in route to see my daughter in Morocco. We were strolling through the plaza, and my stepson was wearing a St. Louis Cardinals hat, when we heard ‘Go Cards!’ and turned to see a young man wearing a Mizzou ball cap. I shouted, ‘M-I-Z!’ and got the quick response, ‘Z-O-U!’ Turns out he was an MU student who was part of the business school's program in Bergamo, Italy, and he was on break visiting Spain.” — Frankie Minor, Director of Residential Life

“We were driving across the Hampton Bay Bridge Tunnel in Virginia and saw a car with a Mizzou Alumni license-plate frame. I quickly scribbled ‘M-I-Z’ on the back of a piece of paper, and my brother (who was driving) sped up next to them and held the paper against the window. It took a second, but they started pumping their fists and shouting. As if that wasn’t cool enough, about five to 10 minutes later, they caught up with us and had written ‘Z-O-U’ on a piece of paper they were holding against the window. We got so excited! It made our trip!”
— Stephanie Armitstead, general studies major with concentrations in military science, political science and business from 2005 to 2009. “In my bedroom through the baby monitor. My daughter answered herself, too. Our daughter, Joey (Josephine), was two at the time and is now three. My wife [Sandy Gropp Kreitner, BSBA ’04] and I worked with her to teach her the book Hello Truman that has a page about the famous cheer. It became her favorite part of the book because she got to be involved as well. She usually talks to herself before she falls asleep, and one night we overheard her when she M-I-Z’d and Z-O-U’d and couldn't help but chuckle.”
— Kevin Kreitner, BA ’04