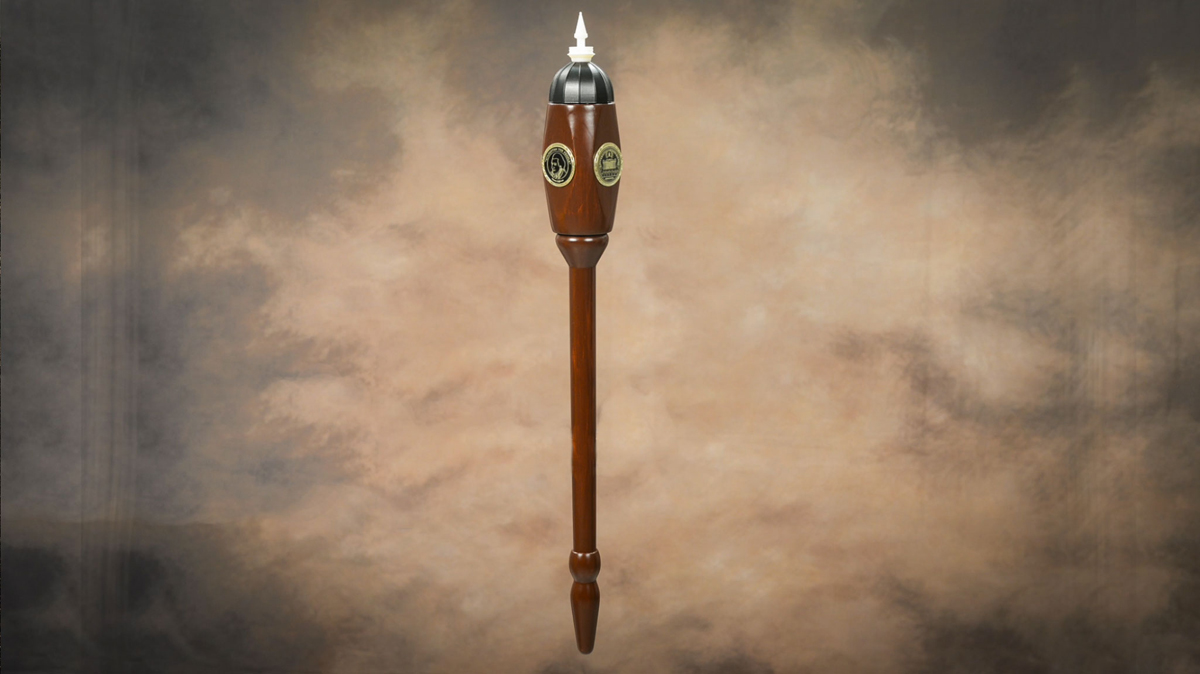 At many universities, an academic mace plays a role in the institution's traditions. Made of wood, metal and gems and modeled after war clubs carried in medieval times, early ceremonial maces were carried by royal body guards in England at the time of Richard I. An academic mace symbolizes the authority invested in the chancellor by the school’s governing body.

During its first 175 years, the University of Missouri had no mace. In 2014, to celebrate Mizzou's 175th birthday and the inauguration of our new chancellor, Mizzou staff and students constructed a ceremonial mace. Mizzou's mace was built with a beam taken from Switzler Hall, Mizzou's oldest academic building, and a replica of Jesse Dome, made with a 3-D printer in the College of Engineering. Unveiled at Chancellor R. Bowen Loftin’s inauguration, the mace will be used at future commencement ceremonies and other occasions.