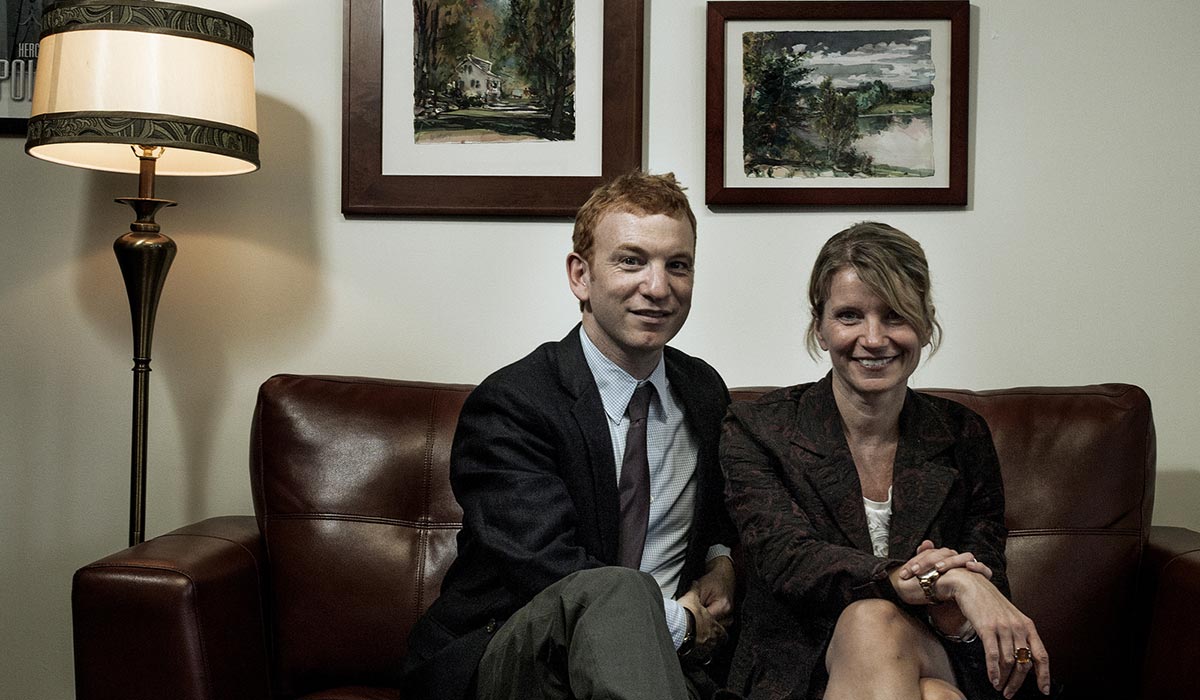 If you are the sort of person whose Sunday-morning rituals involve the New York Times Arts & Leisure section or NPR’s Weekend Edition, consider spending Sunday afternoons absorbed in a live-action version of such pursuits, brought to the Columbia community by the MU Honors College.

“This is a full-service operation, made with love,” says program cofounder Gabriel Fried, an assistant teaching professor of English.

West and Fried, also presenters in the series, see the program as a natural extension of the Honors College’s mission.

“One of the key goals of the Honors College now is to train our students to do public scholarship,” West says, “to translate what they’re doing in a classroom or a lab to a public audience.”

Aided by the students, the speakers are role models. However cerebral their academic pursuits might be, their community talks offer general-audience engagement and entertainment. And fun.

“Anyone who has a curiosity will really feel at home,” Fried promises. “These aren’t meant to be esoteric talks. They’re meant to share some subject that’s of great interest to the speaker. When someone is doing that well, it’s contagious.”

In recent years, pontification in higher-education circles has included dire predictions regarding the state of the humanities. Humanities funding has plummeted. Research grants are sparse. Many universities tout technology, business and hard sciences at the expense of liberal-arts staples. Recent reports show the percentage of university students majoring in the humanities has dropped by as much as half since the 1950s and '60s. Articles in the Chronicle of Higher Education herald “the humanities declining,” “a crisis in the humanities” and “the humanities in dubious battle.”

While conceding that inadequate research funding and support could constitute a crisis for some scholars, West says interest in the humanities is thriving, regardless of students' majors. Fried points out that the sheer quantity of discussion about the demise of the humanities suggests the opposite of demise. The humanities, they say, can teach us what it means to be human.

Whatever the humanities' fate, community engagement through undertakings such as Speaking of Culture can contribute in some small way to vibrancy in arts and culture.

"Beauty is something all of us want in our lives," West says, "and that’s not celebrated enough.”

“Little House on the Prairie, Lady Liberty, and the Limitlessness of the Scholarly Imagination”

“Seven Ways to Think of Verdi: A Bicentennial Tribute”

“Reflections on the Gateway Arch”

“’But Is It Good?’: Julia Roberts and the Cinematic Art Historian”

“Shades of Sherlock: Film and TV Versions of Literature’s Most Famous Detective”

Speaking of Culture is funded by the MU Office of Research.