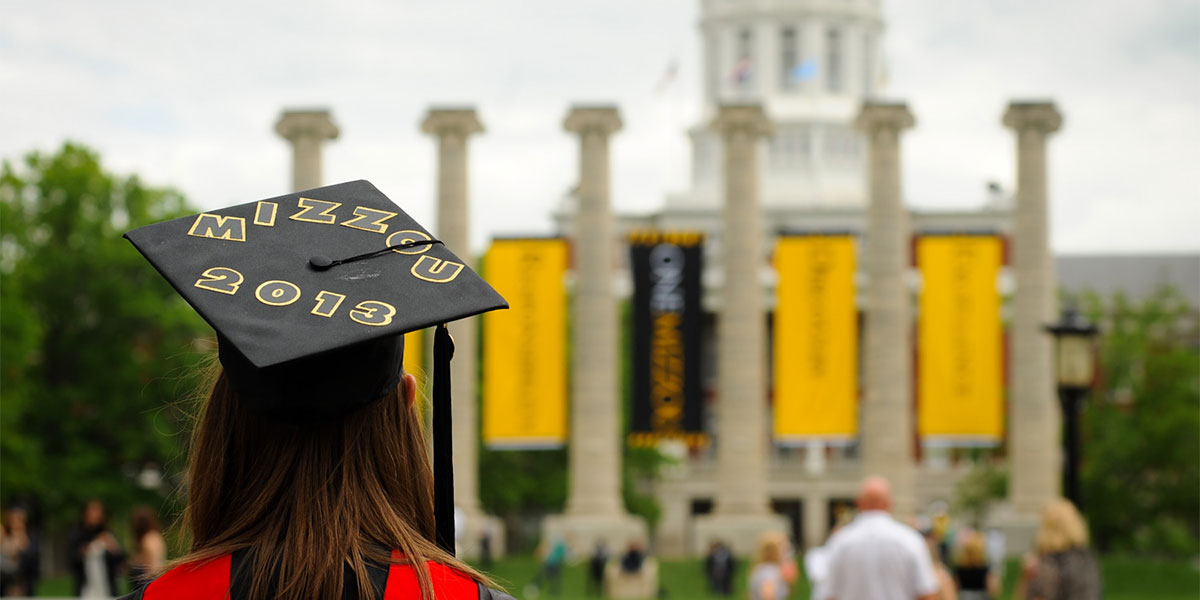 Andrea Hall, a graduate student in journalism, shows off her black-and-gold cap.

Tigers who have been friends since their freshman year throw their caps in the air and celebrate graduating together.

Emily Senoff, a journalism major, has personalized her cap with her initials.

Anna Corich, an elementary education major, made an apple for her cap.

Dr. Mike Fink and Dr. Julie Danner, graduates in veterinary medicine, pose for a portrait on one of the Columns.

Kelly Liao, a journalism graduate, holds a bouquet of flowers and stuffed tigers.

High school sweethearts Jenny Swafford, a journalism major, and Drew Hutinger, a biology major, pose for a portrait on the north side of the Columns.

Tigers took to the Francis Quadrangle one final time as graduation weekend commenced at Mizzou. A total of 5,292 students are graduating in ceremonies from Friday to Sunday. Mizzou also will honor Peter Hessler, an award-wining author and Columbia native, with an honorary degree during the Honors Ceremony Saturday, May 18.