Plenty of Mizzou grads use an internship to launch their career, though likely few have made the jump from unpaid intern to head of an organization in eight months. But Nicole Cope, who is graduating this week with her master’s of public health, is doing just that.

Cope is set to become executive director of the Missouri Immunization Coalition, a nonprofit raising vaccine awareness. It’s a new beginning for Cope, who is also retiring from the Army Medical Corps after a decorated 23-year career, having earned the rank of master sergeant.

During that time, Cope served across four continents providing critical medical care to service members and those in need. Her new role will now put her on the frontlines of the battle against COVID-19. It’s a big responsibility, but one Cope is prepared for thanks to her decades of experience and a network of supporters at the University of Missouri. 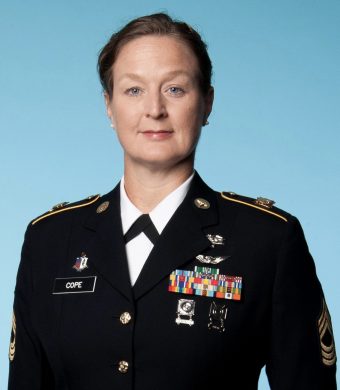 Cope enrolled at Mizzou right after high school but said she was unsure what to do next. “I did not apply myself,” Cope said. “I learned life lessons, but not necessarily academic ones.” Cope left one class short of graduating and on academic probation to join the Army Medical Corps in 1997. It was a decision that would alter the course of her life.

A full account of her military accomplishments would be too extensive to list, though highlights include 12 years as an Army flight medic and a year at Camp Buehring in Kuwait where she was the noncommissioned officer in charge of a medical treatment facility.

“It was like I was running a small rural hospital,” Cope said about her time in Kuwait, where she oversaw facility operations — including all medical supplies, equipment and personnel — while attending to a population of around 20,000 service members.

After more than a decade on active duty, Cope joined the Army Reserves and returned to Mizzou in 2009 with a new sense of direction. “I was a health care professional for 12 years,” Cope said. “When I came back to school, I was back because it was what I wanted.”

Using Mizzou’s Academic Renewal program, Cope began with a clean transcript and a new sense of purpose. She became an active part of the MU Veterans Center, a founding member of the Mizzou Student Veterans Association and advocated alongside the MU Veterans Center to include graduate and professionals schools in the Missouri Returning Heroes Act, which caps veterans’ undergraduate tuition at $50 a credit hour.

Despite pauses for deployments and other military responsibilities, Cope graduated in December 2015 with a bachelor of science in biology and minors in nutritional sciences and psychology. The next year, Cope deployed again, this time to Honduras as the noncommissioned officer in charge for operations and training. While there, she coordinated, planned and executed weeklong medical missions to underserved areas throughout Central America. It was an experience that cemented her commitment to working in public health.

“Coming home from that deployment had a profound effect on me,” Cope said. “The work was the essence of what public health is and I knew that’s what I wanted to do.” Soon after returning to the U.S., Cope enrolled in the Master of Public Health program at Mizzou.

Lynelle Phillips, assistant teaching professor in public health, taught Cope in class and also served as her faculty mentor. During a course on the epidemiology of vaccines and preventable diseases, Phillips said she noticed that the subject matter was a perfect fit for Cope’s background.

“I could see it all coalescing in her mind,” Phillips said. “During that class, she really expressed interest in immunization programs and for her it was a great combination of her skills in science and epidemiology and the logistical issues of vaccine distribution.”

A core feature of the public health program is an internship with one of the School of Health Profession’s partner agencies. Phillips, who spent many years as the internship coordinator, saw an opportunity that seemed tailor-made for Cope. “I was working with Dr. Timothy [Fete] to establish the Missouri Immunization Coalition,” Phillips said. “I contacted him and I was like, ‘Hey, I have a really good student who has a real aptitude for immunization efforts. She’d be a good intern for you.’”

Fete, president of the board of directors of the Missouri Immunization Coalition, professor emeritus and former chair of the Department of Child Health at the MU School of Medicine, met with Cope and invited her to be the coalition’s first intern. After accepting the position in May 2020, Cope quickly became instrumental to the growth of the organization. She helped write and implement a series of grants collectively worth more than $300,000. She also worked as the public health subject matter expert on a team sponsored by the American College Health Foundation that created an HPV vaccination campaign airing in the United States and Canada in 2021.

When a grant that Cope worked on was approved and would pay an executive director’s salary for three years, Fete had an unusual idea: Perhaps she would want the job?

“I doubt there’s anybody who ever goes from being a first intern to the first executive director,” Fete said. “But Nicole ran hospitals and large clinics and served internationally at military institutions across the world. She has the science background, public health background and enormous experience in health care administration. That all makes her the ideal candidate for this position.”

On Dec. 9, the Missouri Immunization Coalition’s board of directors formally approved Cope as the organization’s executive director.

Cope begins her role at the same time that distribution efforts are ramping up for the first FDA-approved COVID-19 vaccines. Cope said that she and the organization she now leads are prepared to do their part.

“The Missouri Immunization Coalition won’t play a role in vaccinating, but we will assist the Missouri Department of Health and Senior Services’ Bureau of Immunization in whatever way we can help with a COVID-19 vaccine campaign,” Cope said.

It’s the first big duty of Cope’s second career, and she said she’s ready for the challenge. Comebacks are something she’s had experience with before.

“I went from almost failing out to graduating with honors in grad school,” Cope said. “Mizzou gave me a second chance.” 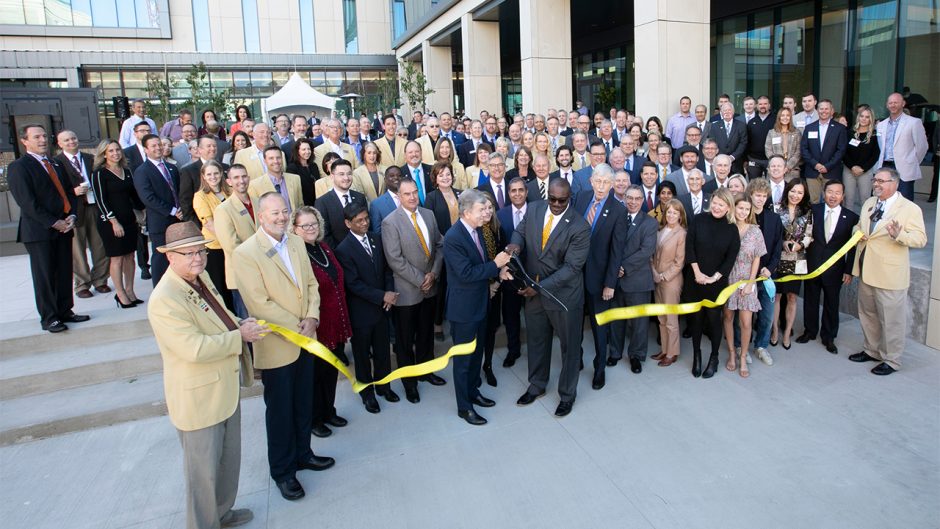 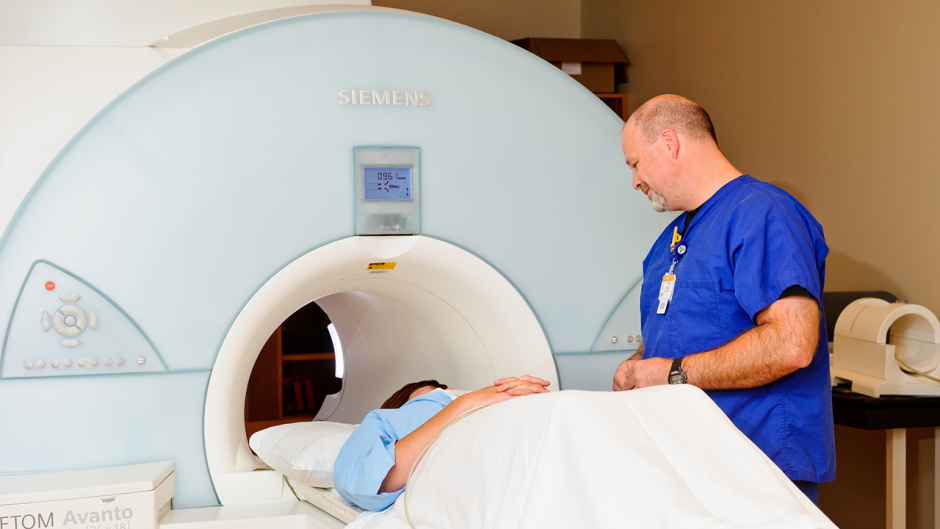